Reupholster any brand and style

Reupholster any brand and style

There are still many high-street retailers that produce good quality furniture. Furniture from the more popular retailers such as Laura Ashley, M&S & John Lewis we regularly see coming into our workshops. 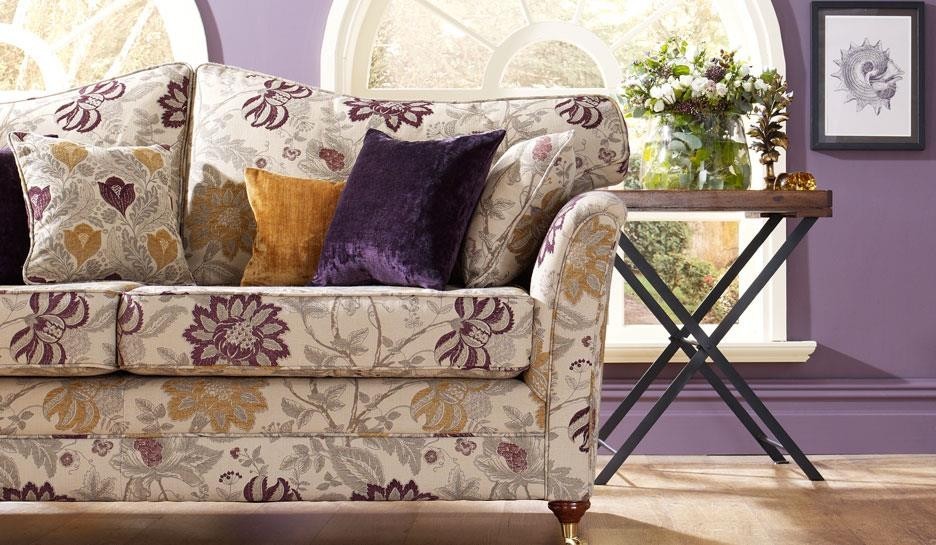 Our consultants are fully qualified to identify Laura Ashley, M&S & John Lewis styles and our upholsterers are very familiar with the way they are built. Having this understanding enables Plumbs to offer you the best service and guaranteed craftsmanship when restoring your furniture to is former glory.

For more information call us now or request a free home visit today with one of Plumbs expert consultants who will talk you through our Highstreet sofa reupholstery services.

Laura Ashley, one of the world's best loved fashion and home furnishings companies, comes from humble beginnings. Inspired to make her own patchwork quilts, Laura and Bernard Ashley started printing fabric on their kitchen table in London in 1953. Laura Ashley now sells a wide range of range of home furnishings, women's and children's clothes, flowers and gifts. Laura Ashley tragically died in 1985 as a result of a falling down stairs while visiting her children. But the enthusiasm and affection felt for the company never swayed when the company floated two months later. Laura Ashley is now in its 55th year and still an amazing success story of a brand hailed by all as a modern classic.

Marks and Spencer was founded by Michael Marks, a Polish immigrant from Slonim; he first opened a penny bazaar (Marks Penny Bazaar) in Hartlepool the port of his entry into England, selling imported toys and other goods from his native Poland. Marks then ventured to Stockton-on-Tees and eventually onto Leeds in 1884 as a single market stall. After Thomas Spencer joined the company in 1894 it was known as 'Marks and Spencer'. The company made its reputation in the 20th century on a policy of only selling British made goods. It entered into long term relationships with British manufacturers, and sold clothes and food under the "St Michael" brand, a name which honours its co-founder Michael Marks. Today, Marks and Spencer employ over 75,000 people in the UK and abroad, and have over 600 UK stores.

John Lewis opened his flagship drapery shop in 1864 on Oxford Street, London. His son, John Spedan Lewis, then founded the John Lewis Partnership in 1920. A worker cooperative, which makes all permanent employees partners in the business. John Lewis now has a chain of department stores operating throughout Great Britain. John Lewis is well known for its slogan "Never Knowingly Undersold", which promises John Lewis will match any price in the country for the same product. On 1 January 2008, John Lewis Oxford Street was awarded a Royal Warrant from Her Majesty the Queen as suppliers of haberdashery and household goods. 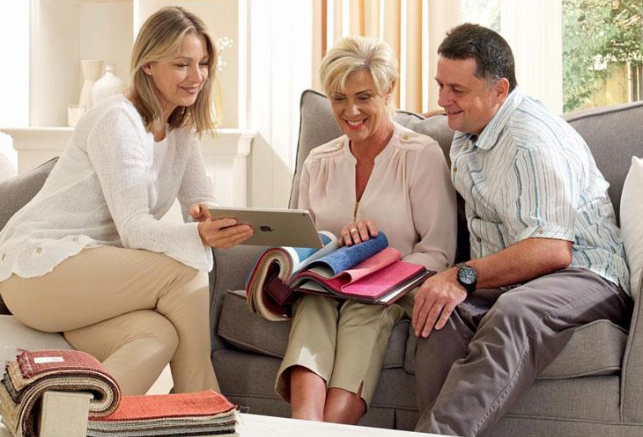 We can find the right style for you

We have experts across the country who can help you create the perfect look.

Added to your wishlist

View options in the comfort of your home

We'll go through our fabric collections and offer advice on colour and designs. There's no pressure to buy anything.

You can consent to the use of all cookies by closing this notice, by interacting with any link or button outside this notice or by continuing to browse otherwise.   Manage cookies  Read the cookie policy