The history of upholstery

Upholstery has transformed uncomfortable wooden furniture to relaxing domains for the everyman over the past 500 years.

To see how the industry has transformed over the last 500 years, take a whistle-stop tour through the history of upholstery with us, here. 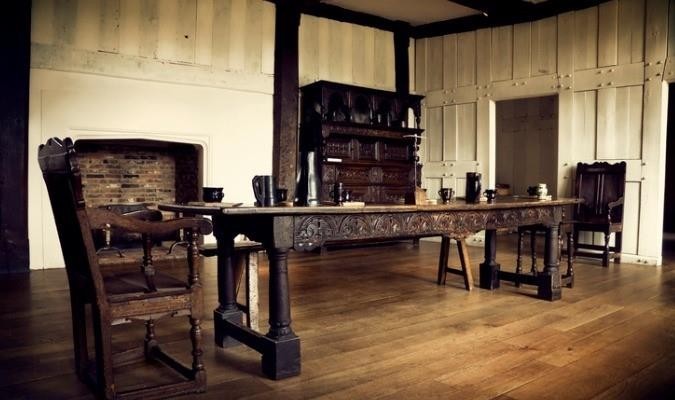 As cushions and armrests were yet to be invented, there were only hard-as-rock seats and formal benches to offer respite in the home. Similarly, if homeowners wanted a lie-down, it was bedroom or bust (sofas wouldn’t be invented for another hundred years).

Thankfully, the Middle Ages brought an end to such discomfort. Seeing there was a gap in the market, carpenters began designing furniture which would suit the wealthier clientele. Seats soon became cushioned (with straw and horsehair), and beautiful woodwork design crept into chair legs and backs.

Then, towards the late Tudor period, stitched edging entered the fray. While it might seem like a simple idea now, stitched edging was a revolutionary concept at the time – namely because it allowed carpenters to add padding to various frame shapes (and not just to those which were flat).

The age of upholstery 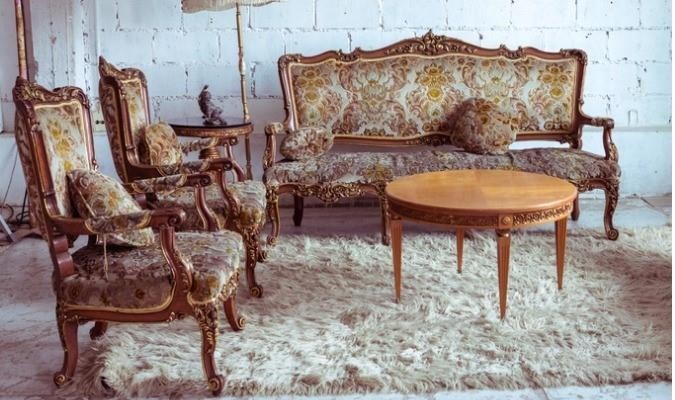 Stitched edging opened the floodgates for the upholstery industry, and there soon appeared fancy wood carvings, plush seat backs and designer fabrics on chairs and benches.

It was during this time that the earliest upholstered chair, the farthingale, was created. This armless, boxy beauty (originally named the ‘upholsterer’s chair’) was favoured for its heavy fringe skirting and resplendent silk cushioning; naturally, it was an instant hit with wealthy females who, with their exceptionally wide-hooped skirts, welcomed the chair’s large square base.

Later, in 1705, the first, fully upholstered bench – called the “sleeping chayre” - was created. A novel concept, this part-chair part-chaise longue incorporated intricate needlework with divine comfort – there was even a headboard at either end to accommodate midday naps.

Comfort for the masses

Despite its expansion, comfortable upholstery was still a greatly expensive commodity – and those in the lower classes were still managing with hard armchairs and uncomfortable Tudor-style benches.

In order to bring comfort to the masses, upholsterers knew they needed to make the process cheaper. Luckily, the Industrial Revolution – namely innovations in steam and steel - would provide the answers.

Powering the weavers’ looms, steam could turn out mass products far cheaper than ever before. At the same time, the invention of the steel coil spring (originally built for railways) helped make seat cushions softer and more durable, while new chemical dyes introduced bright colours and intricate patterns to furniture fabrics.

The textiles of today 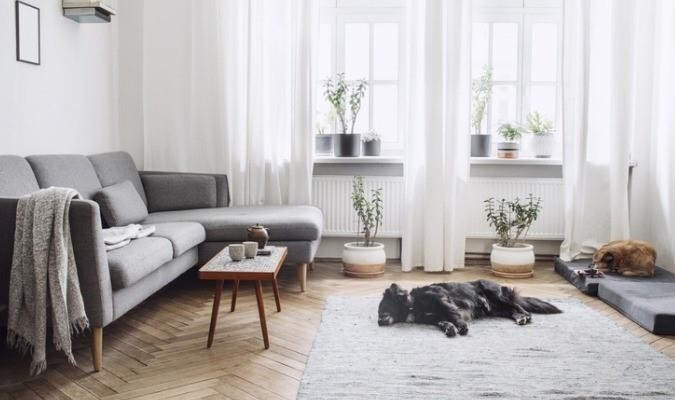 Where previous centuries worked diligently to master needlework design, the 20th century was very much about developing new materials.

Synthetic fabrics, such as nylon and polyester, were some of the most popular upholstery textiles of the time. This was mainly thanks to its cheap production and similarity to expensive alternatives, such as silk and cotton. Similarly, those building furniture frames could finally be more creative with their designs, thanks to the mass production of materials such as fiberglass and bent steel.

Now, in the 21st century, it’s hard to believe there was once a time where seat cushions and armrests didn’t exist. With everything from resplendent three-seater sofas to regal loveseats and marshmallow-soft armchairs at our fingertips, we're simply spoilt for choice.

If you’re interested in bringing your favourite piece of furniture into the modern era, take a look at Plumbs’ reupholstery options.

Sophie is a great granddaughter of the founders of the business - so fabrics and furniture are almost part of her DNA! Her interests include home interiors and upcycling, and her favourite show to watch after work is The Repair Shop. Some of the topics she covers on the Plumbs blog include sofa reupholstery and furniture protection.

Share
Next Article
Benefits of buying British furniture
Previous Article
How to read furniture cleaning codes
4 simple swaps to create an eco-friendly living room
Inspiration |  Stories
Plumbs Backgrounds for Zoom & Microsoft Teams Video Calls
Stories
Can you spot the items in these six self-isolation scenes?
Stories
Should we change the way we shop?
Stories
Patterns in Popular Culture
Stories
The history of tartan in interior design
Stories |  Inspiration
What does where you sit say about you?
Stories
How to be more eco-friendly at home
How to |  Stories
Plumbs: a family business
Stories
Sofa covers
up to
50
%
off*
PLUS 0% interest free credit
Sofa covers
up to 50 % off* PLUS 0% interest free credit
Made to measure cover offers

Added to your wishlist

View options in the comfort of your home

We'll go through our fabric collections and offer advice on colour and designs. There's no pressure to buy anything.

You can consent to the use of all cookies by closing this notice, by interacting with any link or button outside this notice or by continuing to browse otherwise.   Manage cookies  Read the cookie policy